Back to Kuala Lumpur, we were about to achieve new great experience. Now we're not coming as common visitors but as tour guides for 4 fellows from Ambon. The tour was called 'KuaTour'. It would sound 'kuatur' in Bahasa Indonesia which means 'I arrange'. Well, I arranged everything in this tour so the attendants did not need to worry about arranging the airplane, hotel, and itinerary. But they still had their freedom to explore places they liked by themselves. For accommodation, we stayed three nights at Submarine Guesthouse, Chinatown. It was a budget lodge yet offered adequate in-room facilities like air-con and high-speed internet access. Max at the front desk was also really friendly and helpful. But the best of all the guesthouse had got was its strategic location (very near to the Central Market). 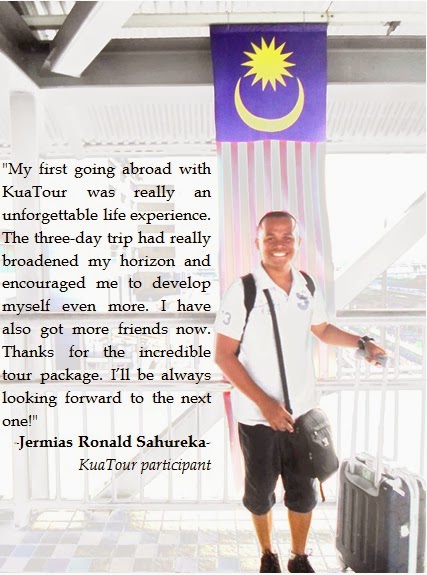 The tour was started at 6 o'clock when it was still dark by a morning walk to three different old temples in Chinatown. The first temple we visited, a Sikh Temple called Gurdwara Sahib Polis, was the strangest one for us, because in our country Sikh religion is hardly ever heard. Sikhism is a belief system which has about 27 millions believers around the world and 100,000 in Malaysia itself. The number may not look significant, but in fact the country hosts the 5th biggest Sikh population after India, UK, USA, and Canada. Sikh people are easily identified by their Indian-looked, long beard, specific turban and names (Singh for men and Kaur for women). By the British colonial, Gurdwara Sahib Polis was meant for Sikh police officers but now the temple is open for everybody even non-devotees like us. To go inside, however, we need to wear a turban (provided by the temple). Having no idea how to wear one, we skipped the place avoiding any inconvinience for the devotees who started to come to the temple.
The next temple we visited was Sri Mahamariamman Temple, the most important Hindu temple in KL. Every year, Thaipusam celebration starts here. The temple was built in 1873 and renovated in 1968. Here we had to take off our shoes and deposit it for few cents. Sitting on the floor inside the temple, we paid attention to the Indian people who were doing devotion while waiting for the sky turned brighter.
When the sky had turned brighter, we walked to a small red Taoist temple (1888) located just opposite of Sri Mahamariamman Temple. Ever read Romance of the Three Kingdom or Sam Kok? If so, you must now a character named Guan Yu/Guan Gong/Guan Di. The temple is only one of many temples around the world dedicated to him. One of the main attractions in the temple, Guan Di’s halberd called guan dao, was not seen there. Perhaps because we came too early, it had not been set. It is believed that people will be blessed by ‘touching’ or ‘lifting’ the 59kg copper weapon three times.
The rain started to fall. We immediately returned to the guesthouse to take a shower. After having breakfast, the weather turned sunny. We continued the tour to the main attraction of the day; Petronas Twin Towers. First we walked to a bus stop at Pasar Seni to take Go KL bus to Bukit Bintang area. The bus was our favourite because it was free of charge, very comfortable, and passing important points in the city. 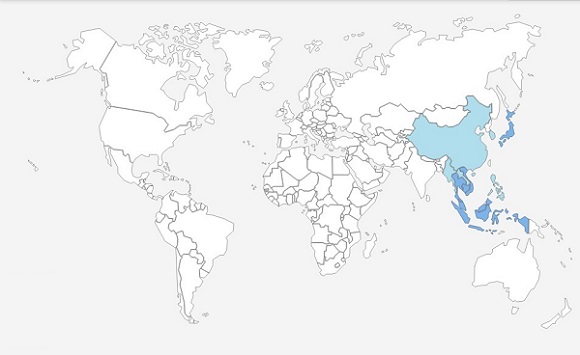 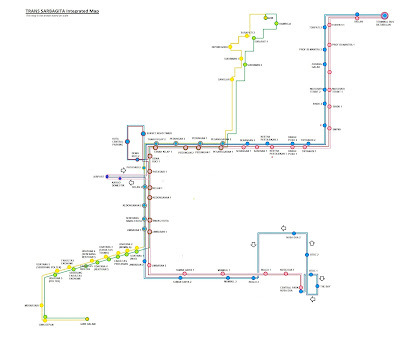